Gratitude for Camp: Reflections by a Keystone Camp Counselor 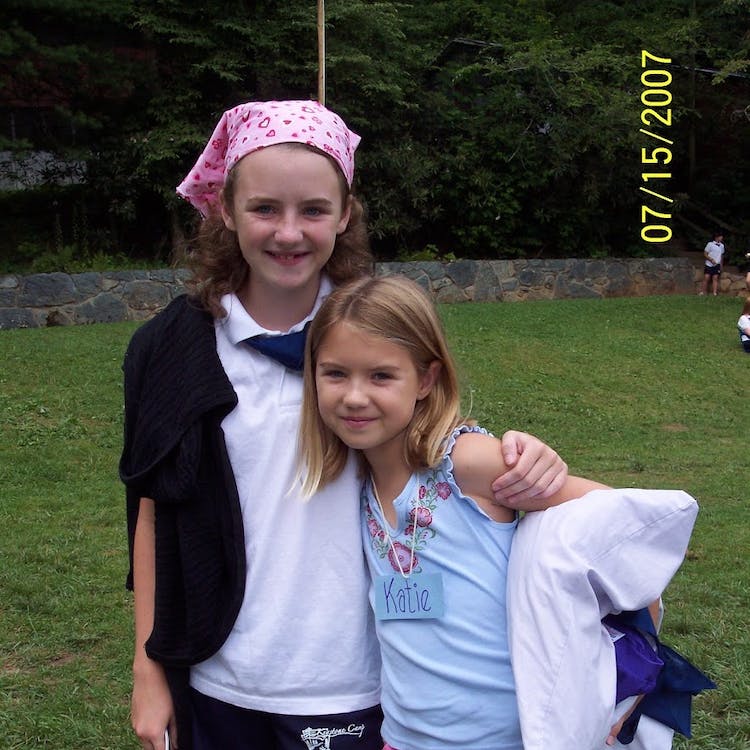 Madi is three years older than I am and was the first Lahey to attend Keystone Camp. I remember dropping her off, feeling sad that I was losing my older sister for two weeks. When it came time to pick her up she seemed different. Looking back, I am able to identify that difference as a growth of confidence and acceptance of herself. Madi is the most intelligent and caring person you will ever meet, but she has a lot of quirky sides, too. Keystone was, without a doubt, a place that embraced all sides of her–the Disney songs, the Harry Potter facts, and her random bits of trivia.

Two years later it was finally my turn to be able to attend Keystone. It was incredible! Madi looked out for me in the dining hall and came to my cabin every night before bed, but even more than that, so did all of her cabin mates and friends. I was “Madi’s little sister” in the absolute best way possible. I remember being a little unsure of all the singing, being away from my parents, and having so much independence. Madi showed me how to handle all three. She taught me to respect the traditions of camp like campfire, flag raising/lowering, and giving thanks before all meals. Looking back I am not sure my nine year old self understood the effect this had on me, but I sure see it now.

After taking several years off from attending Keystone Camp, my sister returned as a counselor. I was taken aback by how much dedication and love she had for everyone in the Keystone community. After her third year she encouraged me to apply, to which I responded, “Well, isn’t camp kind of your thing?” Boy, was I wrong. It is both of our things–for similar reasons but also for different ones, too. I quickly became “Madi’s little sister” again on staff and to many of the returning campers. I don’t think I have ever been more proud to brag about that small fact. Madi and I are the perfect example of how two different people can be greatly impacted by the community of Keystone Camp. 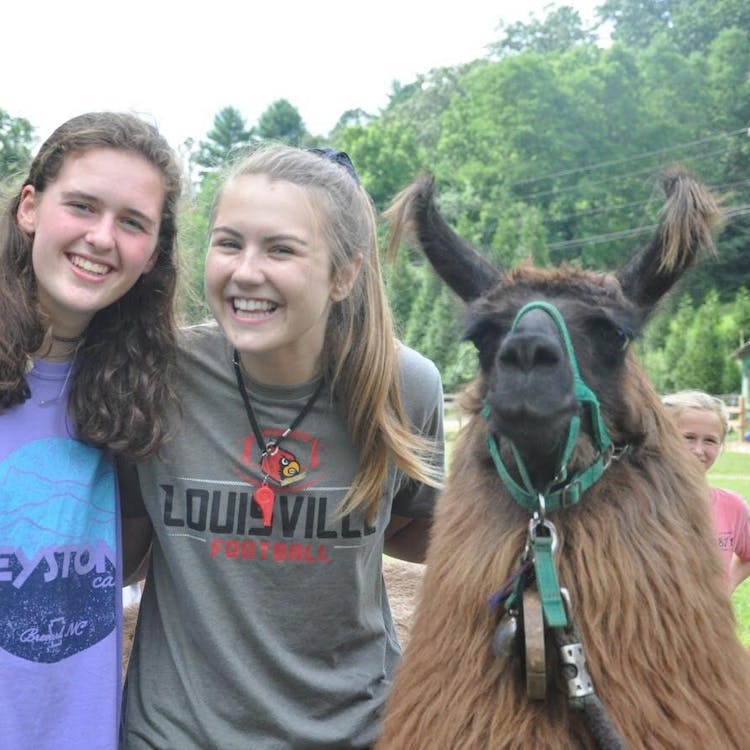 Okay, I am cheating a little bit because this isn’t just one person BUT they are all so important to my Keystone journey. Some people may not realize the bond that exists between “Co’s”. It is, in fact, one of the coolest relationships. The intention with which co-counselor pairings are made is something special at Keystone. We, as staff members, are here to help, serve, and play with our cabin but it is absolutely a partnership and friendship that is created when in that role. My co-counselors have taught me more about my strengths and weaknesses when it comes to leadership than most people. I have learned when and how to step up and lead, and how to step back, encouraging and guiding others. Seeing my co’s overcome stressful or exhaustion, all with a smile on their face, pushed me to always ask more of myself. Their ability to love well is inspiring and something that has followed me into my college career.

For those of you who don’t know, Anna McCall is a part of our office staff and is quite literally one of the best people ever. I have never been more constantly encouraged by anyone. Her office is a place of laughter and support. She, and our entire office staff, love Keystone and these campers so well. Her motto is “girls can do hard things” and is something that will stick with me always. She creates joy on anyone’s hard days and cares so deeply about everyone that steps foot on camp. 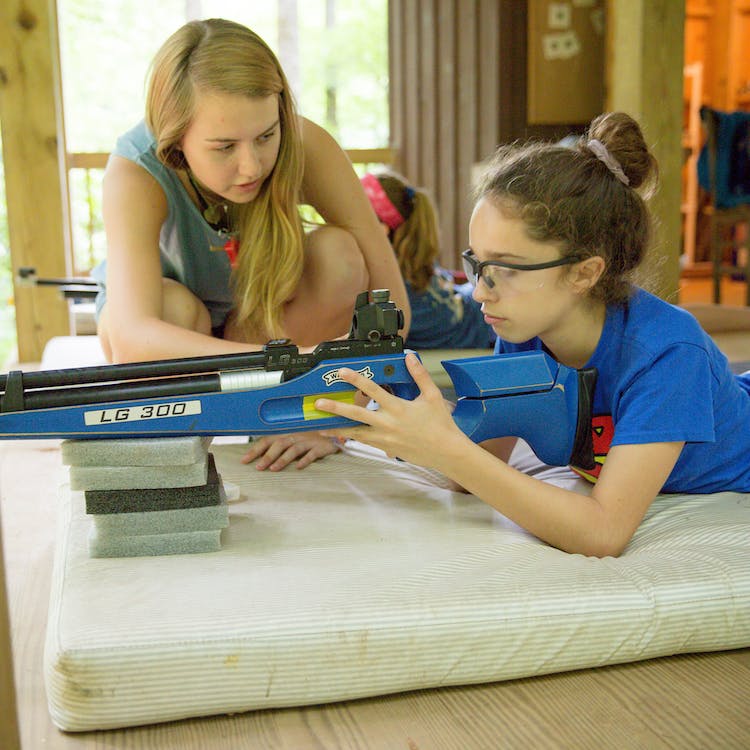 This past summer I had the opportunity to be head of our riflery program, which is something I never would have imagined myself doing. I attended riflery training and took a gun safety course in order to be best equipped for the position. The riflery shack became one of my favorite places for a lot of reasons. Most importantly, it was a place for girls to try something many of them had never been able to try. At Keystone Camp, being able to overcome a fear or working through a fear is praised so highly. Seeing girls go from never having shot an air rifle to passing level one or even two is the coolest victory. It is such a quiet and relaxing environment that the girls love getting to take a break from the hustle and bustle to really hone in on an individualized skill set.

A place of constant laughter and movement. You will always see someone on The Green doing something fun during free time or during anytime, really! Whether it is doing cartwheels down the hill, throwing a football, trying to ride a Rip Stik, playing Little Sally Walker, or simply weaving friendship bracelets in their Crazy Creek chair, it is one of the most inclusive environments that I have experienced. I think the girls immediately feel at ease when they step out on The Green and see so many different activity choices. It is thrilling to see girls who once were unsure and nervous on the first day of camp not think twice about sitting in a circle or joining a game because the atmosphere and community of camp allows for it.

I hate more than anything to be cold. Therefore when I was a camper I think I did my best to avoid the swim lake–minus our beginning of camp swim test. I was always found playing tetherball by the office or in the arts and crafts room working on my project. But this past year I became a lifeguard, which helped me grow in many different ways. The swim lake quickly became one of my favorite places to hang out with our campers. And I was there a lot–whether it was being challenged to be the quickest one down the slide or hanging out with the girl who also hates to be cold. It is a cool place of energy and fun that reflects an important part of our Keystone community. 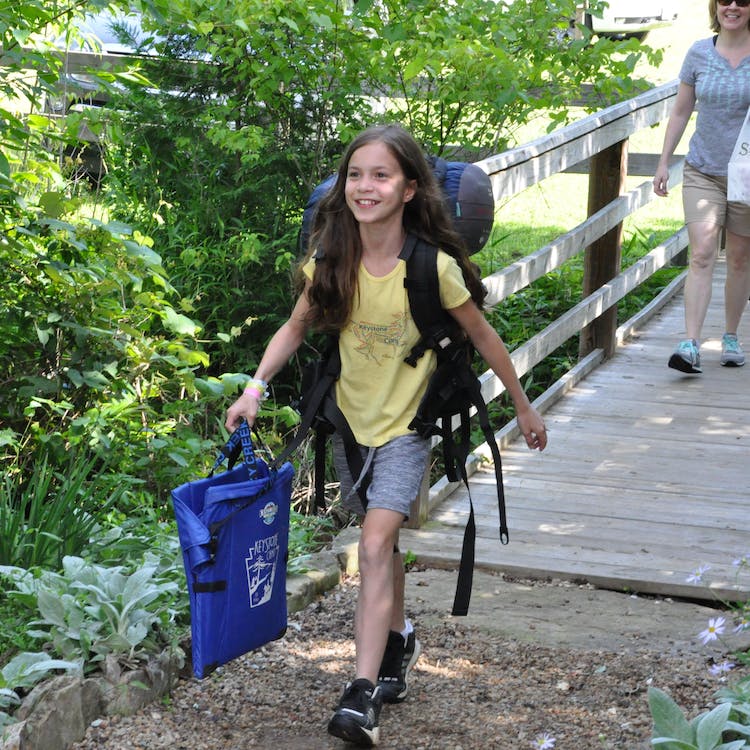 1) The Night Before Camp

The night before my first opening day I was extremely nervous as many nine year olds might feel. Nerves and my wild thoughts about what was to come made it tough to sleep. It felt as if I had just drifted off when my mother roused me from my slumber. This is in stark contrast to my sister who would be up three hours early, sitting on the edge of the hotel bed with clothes on, bags packed, and ready to go! Looking back, I realize that while I was still nervous, Madi’s excitement was contagious and helped me feel more at ease about this new adventure. Experiencing the night before camp and opening day with Madi showed me that her excitement was born from pure joy since she was returning to her most favorite place ever. I love opening day as a counselor because I get to see the excited campers who are returning to their happy place, and I get to help reassure those nervous campers who are experiencing Keystone for the first time. Whether it’s a camper’s first or tenth year, opening day at camp is a place filled with anticipation, excitement and fun. 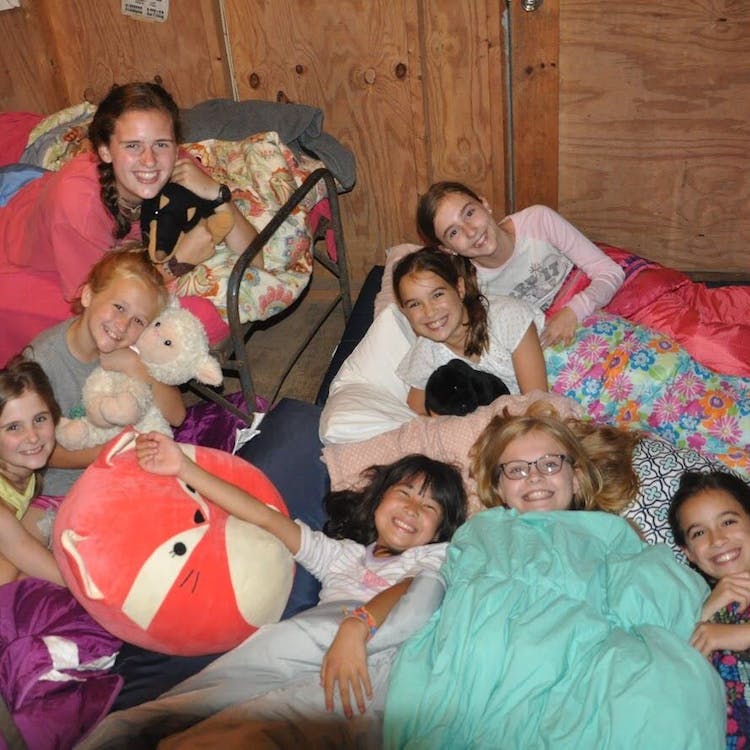 2) Saying Goodbye to My First Cabin

I was hesitant of the whole counselor thing because I didn’t know if I would be good at it. But after closing day of my first three week cabin I knew it was a place I’ll never forget. Living with a group of eighth graders was more rewarding than I could have imagined. I wish I had been at camp when I was in eighth grade so I could be encouraged and supported through my middle school endeavors. I always thought of camp as a place where campers look up to and learn from counselors, but the opposite is also true. With my first cabin and all the ones that followed, I have learned just as much from the campers as they did from me.

3) The Last Night of My Last Session

My co-counselor and I had a group of seven girls who were ages nine and ten, and on the last night they all requested that they be allowed to sleep in the Pig Pen (the counselor part of the cabin) with us. Now, the L’orioso Pig Pen is not large by any means, but it is indeed a cabin named for “laughter” In Italian. So we did just that. We brought in as many mattresses as we could fit and all the sleeping bags and had one giant sleepover. There was laughter and giggles while I finished reading our cabin book but then, surprisingly, there was so much silence as we got the best night’s sleep after a long two weeks of play. It was a night I look back on and want to relive over and over because it was just pretty picture perfect.

So there’s my camp story. I know everyone who’s been through Keystone Camp has their own three part story with three equally as important people, places, and events. That’s what is amazing about camp–the experiences may vary, but they all are as equally impactful.

Happy Thanksgiving to the entire Keystone family near and far!

Camp Counselors are the ones who create the magic of Keystone Camp. Their energy is high, their days are long, and their fun is contagious. Counselors come from all over the country or even across oceans to spend their summers working with the Keystone girls.